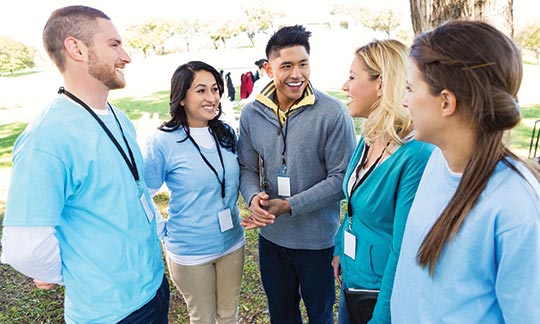 Dispute between two factions (parent of players) on committee.

One faction left and formed a new rival club in same league.

Their children and others requested transfer to the new Club and were denied on the basis of ‘required player(s)’.

Claim was damages for breach of contract, assertion of failure of due process and lack of substantive reasons to justify termination.

Insured organised national conference and in doing so used an old format invitation displaying a logo for which permission has not been sought to use.

Person was receiving counselling with employee of service.

Employee entered a relationship with the person they were counselling. The allegation was employee took advantage of the person at time of grief and breached duty of trust.

Claimant was removed from National Board position and membership of association terminated.

Allegation was discrimination due to disability.

Request by owner of copyright to script seeking history of documents from Insured as the production had very close resemblance to previously published play.

Alleged unfair dismissal despite proof of theft of substantial funds on over 100 occasions.

Prosecuted claim in the Fair Work Commission which was defended.

Resulted from comments by an Officer against an individual who was a prominent business owner in the location.

Comments by officer expressed concern that video’s posted by member might potentially be detrimental to the Club as they contain Adolf Hitler’s most important speeches.

Denial of representation on National Board of Governance, a position held for some years, following the election of a new State President.